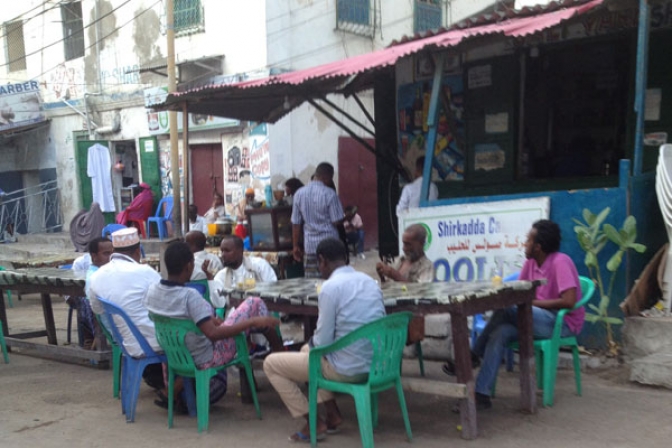 Mogadishu,In mid-March, Somalia’s council of ministers held a special meeting on Covid-19, as it became clear that the pandemic was soon to hit country.

Chaired by Prime Minister Hassan Ali Khayre, the cabinet members labelled the virus as germ with massive potential to kill masses, hence deciding a series of measures.
“The public must realise the crippling effects of the coronavirus,” said Prime Minister Khayre, urging everybody to be aware of and abide by information from the ministry of health of the federal government.

“Somalia is banning all international flights, except the humanitarian ones,” the premier added, citing the dangers of arrivals bringing Covid-19 infections. The measure was immediately enforced by Somali Civil Aviation Authority.

Having realised that even internal flights could boost the spread of the deadly virus, order was given to stop domestic movement of people and goods, except of course, the humanitarian missions.

Having successfully regulated the airspace, the government turned its endeavours on administering the public behaviour in regards the coronavirus.

Federal Health Minister Dr Fawzia Abikar Nur took the lead by indicating the need to observe, among other measures, social distancing, that is keeping a safe space of at least six feet between individuals, to minimise cross contaminations.

Such measure provoked the closure of all educational facilities.

On March 17, PM Khayre announced the orders, saying, “All educational institutions including schools and universities will remain closed for the coming 15 days.” The order was subsequently extended.

But as educational centres had their gates locked, the youngsters assumed the measure was permission to engage in youthful activities.

Soon, every available space was packed with boys organised in teams to play football. Even segments of roads could be seen with players and vehicles competing for space.
Other boys engaged in social discussions by holding group discussions, getting closer than ever.

Sheikh Abdi Hayi, the Imam of Omar bin Khadab Mosque in Mogadishu and one of the most popular preachers in the Somali capital, wondered what the benefits of closing schools and universities were if the youths were not observing social distancing.

In a televised interview Sheikh Hayi questioned, “What is the use of suspending our educational activities by allowing our youngsters roaming in hordes around the roads and engaging in sporting games, rubbing chests and shoulders with each other.”

Mama Siraad Kassimu, a mother of five in Mogadishu, told the media that she could not keep her kids at home. “Look, boys are like birds, you either keep them busy in schools or let them go where they want,” she said.

Health Minister Nur had repeatedly advised adults to maintain safe social distances at marketplaces and avoid other social gatherings that are not strictly important.

Knowing the Somali culture well, Ms Nur advised rather than order. Unfortunately, most of her advices seemed to have ended into deaf ears.

Gatherings at mosques, five times per day, continue unabated, worshippers in their hundreds standing and praying shoulder-to-shoulder as required by the Shuruud al-Salaat (praying conditions).

The worst is at markets where no distancing is applied, either between shoppers and traders or even between shoppers themselves. Restaurants and teashops are filled to capacity to the delight of the owners.

Buses ferrying passengers between the 17 districts of Mogadishu appear operating at full capacities. Large buses with 30 passengers seating are occasionally seen with extra passengers standing at the entrance, practically breathing on each other.

In minibuses in the city, popularly known as Caasi, commuters sit tightly together with their heads almost touching the roofs.

Under such circumstances, cross infection must be unavoidable.

At least one positive step the government has taken is to impose a night curfew in Mogadishu, effective from 8pm in the evening till 5am in the morning, from April 15.

Local authority officials and police officers patrolling the streets of Mogadishu in the first night hardly found people disobeying the curfew. The clear positive reaction is because the police insisted they would take action against rule breakers.