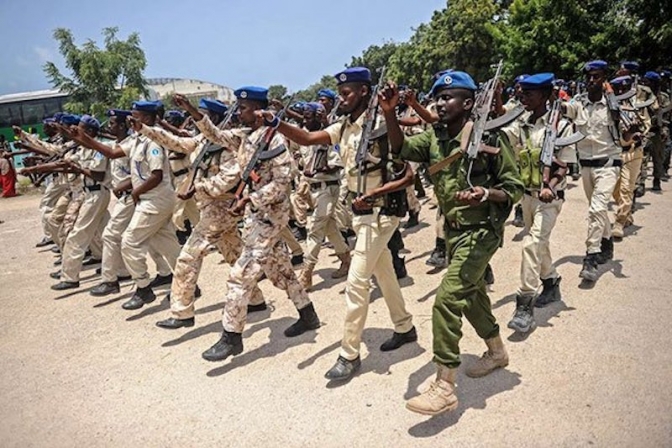 The Somalia National Army marked its 60th anniversary on April 12, however the once powerful army is currently a pale shadow of its former self.

The biggest task the army faces is whether it can—with the support of donors and the African Union Mission in Somalia (Amisom)—secure the country as the African peacekeepers prepare to exit by the end of 2021.

According to the United Nations’s Amisom exit plan, the African peacekeepers were supposed to train and equip a minimum of 30,000 SNA soldiers before the phased out withdrawal started in 2018.

But this has remained a challenge with Amisom suffering from reduced and irregular funding, and Somalia still under an arms embargo since 1991, when the state collapsed. So far, only 10,000 soldiers have been trained and have the capability to undertake serious security operations.

The head of Amisom, Francisco Caetano Madeira, said the African peacekeepers are committed to supporting the SNA in combating Al-Shabaab and achieving lasting peace and stability in Somalia.

“On this 60th anniversary, I pay tribute to the brave SNA soldiers in the front lines, recovering territories from Al-Shabaab and engaging in the restoration of peace and security in Somalia, consolidation of state institutions and creation of an enabling environment for economic and social development,” said Mr Madeira.

But analysts say that continued reliance on clan militia for the protection of the population has made it difficult to have a trusted national army.

Abdulaziz Ali Ibrahim Xildhiban, former spokesman of the Somalia federal government, said the current trend to use national security forces to advance political interests such as in Gedo and Galmudug, is making it difficult to build a strong military institution that protects the rights of its soldiers to foster loyalty to the state.

“There are a lot of officers within SNA who have never gone for training but hold senior positions because they are serving the interests of certain leadership,” said Mr Xildhiban.

Abdiwahab Sheikh Abdisamad, the head of Southlink Consultants and an expert on the Horn of Africa politics, said the greatest challenge to strengthening the SNA is the different training models being employed by Amisom and supporting countries such as Turkey, United Arab Emirates and the US.

“The SNA is mainly from one or two clans so the other clans don’t trust the force. But Somalia also has a problem reflected in the lack of reconciliation and the absence of an independent judiciary,” said Abdallah Ahmed Ibrahim, the director of the East Africa Centre for Research and strategic studies.

The SNA was founded in 1960 and was once among the largest and well-trained forces in sub-Saharan Africa, trained by the Soviet Union.