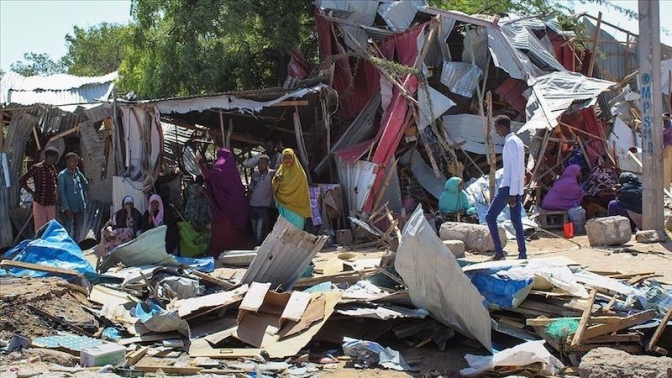 Goobjoog News, a Somali radio and TV station, reported Tuesday that three of those who died were children.

“The three children died of hunger, while 10 others perished as a result of malnutrition. Surviving families are now forced to feed on tree leaves with no support in sight,” it said.

Adverse climatic conditions such as drought and floods coupled with conflict in Somalia have always equated to hunger, malnutrition, death of livestock and cash shortages.

On Jan. 12, the UN Office for the Coordination of Humanitarian Affairs released a humanitarian needs overview report which warned that 4.8 million of Somalia's 15.4 million people are food insecure, 1.2 million are in emergency and crisis and one million children are projected to be malnourished, with 2.6 million people internally displaced persons.

Somalia is facing its worst desert locust outbreak in over 25 years which is said will culminate in an even more serious food crisis.