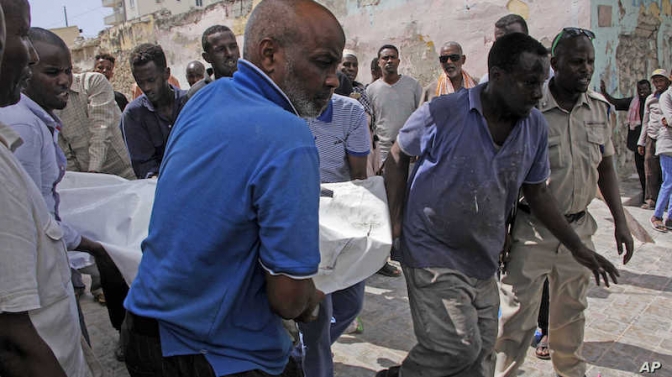 Witnesses and medical services in the Somali capital say at least four people were killed and 15 others injured by a suicide car bomb Wednesday in the center of Mogadishu.

The explosion occurred as vehicles lined up at a checkpoint at Sayidka Junction. The intersection is close to the parliament building and the presidential palace.

The al-Shabab militant group claimed responsibility for the attack.

This is the first major attack by the group in Mogadishu in the New Year and it comes just 12 days after a deadly truck bomb at the main Ex-Control junction, which killed over 80 people.