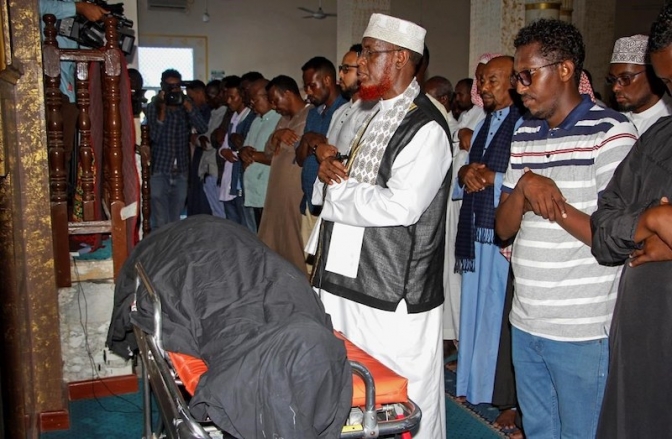 MOGADISHU, Somalia — The family of a young Somali-Canadian peace activist shot dead in Mogadishu is calling for an investigation by the two countries and says a statement blaming a stray bullet is “premature.”

Almaas Elman’s family said Saturday the fact that she had been pregnant makes her death even more unfathomable.
Elman was killed Wednesday while travelling in a heavily fortified base next to the international airport in Somalia’s capital.

The African Union peacekeeping mission in Somalia on Friday said preliminary investigations indicated that she was hit by a stray bullet. It said there was no record of a firearm being discharged inside the base at the time.

Elman was the latest member of the Somali diaspora to be killed while helping to rebuild the country.