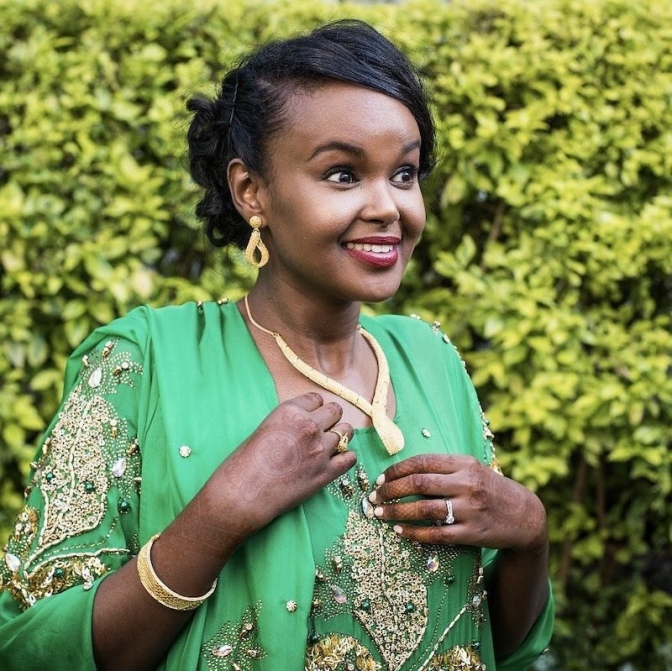 It was not immediately clear who killed Ms. Elman, who was described by friends and colleagues as a committed and tireless aid worker.

A Somali-Canadian aid worker and activist was shot dead on Wednesday in Mogadishu, a police official said, dealing a new blow to efforts by the Somali diaspora to return home and help rebuild the country after decades of war.

The death of the aid worker, Almaas Elman, was confirmed by Brig. Gen. Zakia Hussein, the deputy commissioner of the Somali Police Force, who said investigations into the killing were continuing.

It was not immediately clear who killed Ms. Elman or why, but General Hussein said Ms. Elman was hit by a bullet while inside a car at the Halane complex, a heavily fortified compound that flanks the international airport in Mogadishu and is populated by African Union troops and representatives from United Nations agencies and embassies.

Said Fadhaye, a freelance videographer in Mogadishu, the Somali capital, posted on Facebook that he was in the car with Ms. Elman when she died. Describing the events as an “attack,” Mr. Fadhaye said Ms. Elman had “died on my lap,” adding, “May God have mercy on her.”

Ms. Elman comes from a prominent family of activists whose work has focused on social justice, women’s rights and rehabilitating children impacted by Somalia’s decades-long war.

Ms. Elman was the daughter of Elman Ali Ahmed, a pioneering peace activist who himself was gunned down in Mogadishu in 1996. Amnesty International said at the time that his murder “sent a chilling message to Somalis desirous of peace and normality — that no one is safe.”

Her mother, Fartuun Adan, is a founder of the Elman Peace Center, which was created in 1990 and works to promote peace and protect human rights in Somalia. Ms. Elman was the elder sister of Ilwad Elman, a social activist who was shortlisted for the 2019 Nobel Peace Prize, and of Iman, a commander in the Somali Armed Forces.

The family fled to Canada after the outbreak of the Somali civil war in the early 1990s but returned beginning in 2010 to help nation-building efforts.

Almaas Elman previously worked at the Somali Embassy in Kenya and recently began consulting for the European Union delegation to Somalia, according to friends and former colleagues. She was married in 2017 to Zakaria Hersi, a Somali-Swedish tech entrepreneur.

“I am shocked to the core,” said Mohamed Dubo, a communication specialist in Mogadishu who said he first met Ms. Elman in 2015. Describing her as “a youthful soul that has changed many lives,” Mr. Dubo said it was “hard to internalize this death.”

Ifrah-Sucdi Hassan, a community activist in Ottawa, said Ms. Elman had “always supported my community work.” Reached by phone on Wednesday, Ms. Hassan recalled how Ms. Elman had been one of the first people to donate for an annual youth conference she was organizing a few years ago.

After decades of grinding war, Mogadishu has experienced a revival in recent years, with gleaming new hotels, restaurants and laundromats popping up across the port city. Local entrepreneurs have been betting on this newfound normalcy, advancing the tech scene by creating e-hailing and delivery apps.

But a string of killings in Somalia have taken the lives of people working to improve the Horn of Africa nation. In July, Hodan Nalayeh, a Somali-Canadian journalist, was killed in a terrorist attack on a hotel in the southern port city of Kismayo. The same month, a suicide attack by the Qaeda-linked terrorist group Al Shabab fatally wounded the mayor of Mogadishu, Abdirahman Omar Osman, a British-Somali citizen.

Laetitia Bader, a senior researcher for the Africa division of Human Rights Watch, said Ms. Elman was “a committed, tireless advocate for the countless survivors of sexual violence in Somalia.”

Her death, she said, “reminds us once again of the very real daily dangers facing civilians in Mogadishu. The government needs to thoroughly investigate Almaas’s killing, hold those responsible to account, and work to protect all citizens.”