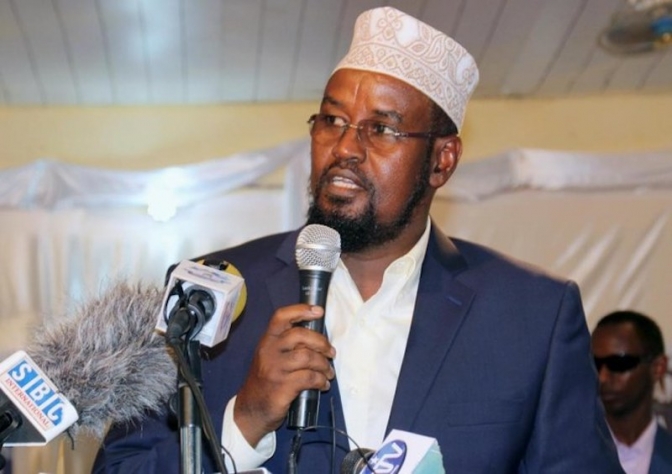 MOGADISHU: Somalia’s southern state of Jubaland is under lockdown ahead of a tense election Thursday which has pitted regional authorities against Mogadishu and sparked tensions with neighboring Kenya and Ethiopia.

The highly contested election in the semi-autonomous state has been postponed several times as a result of what observers say is a power struggle between Mogadishu, the regional government and their foreign backers.

Authorities in the region’s capital, the port city of Kismayo, have shut the airport and closed borders until August 23.

“Security forces are patrolling inside and around the suburbs of Kismayo to avert any attempt to disrupt the election. The airport was also closed temporarily so that there will not be any flights expected during the election day,” local security official Abdulkarim Warsame told AFP.

The current president of Jubaland and election frontrunner is Ahmed Madobe, a former warlord who, with the help of Kenyan troops, pushed Al-Shabab extremists out of their former stronghold in Kismayo in 2012.

However Mogadishu is accused by Jubaland of trying to oust Madobe by backing the opposition, in what observers say is a bid to get a loyalist into power in the strategic region, and increase the control of the federal government.

Mogadishu has said it will not recognize the outcome of Thursday’s poll, after it rejected the formation last week of a new parliament — which appoints the regional president — as disputed and not inclusive.

The United Nations mission in Somalia on Wednesday called for a “single electoral process that is credible, inclusive, fair and peaceful.”

“We are concerned that in the absence of such agreement, the likelihood of instability and division within Jubaland is significantly increased.”

Matt Bryden, Senior Policy Adviser to Nairobi-based think tank Sahan, said the tensions had wider implications as Kenya was strongly backing its ally Madobe while Ethiopia was siding with Mogadishu in trying to remove him.

Kenya sees Jubaland, a lush, relatively prosperous part of Somalia where it has many troops, as a buffer between it and Al-Shabab militants who have staged several bloody attacks across the border.

Observers say that for Kenya, having an ally in Jubaland is also key amid a spat with Mogadishu over maritime borders, with possibly lucrative Indian Ocean oil and gas reserves at stake.

Ethiopia also has troops there, and played a key role in the formation of the state, however new Prime Minister Abiy Ahmed has renewed ties with Mogadishu, and is now backing their stance in what is seen as a rejection of the historical alliance with Nairobi.

“So what we now risk is a kind of proxy war... External contestation over Jubaland represents a risk to the stability of the region, not just to Somalia,” said Bryden.

Bryden said the federal government appears to be trying to “dismantle the structure of federalism” and return to a more unitary system akin to the government which collapsed after the 1991 overthrow of president Siad Barre’s military regime which ushered in decades of chaos.

He said Mogadishu’s campaign against the federal member states was a dangerous move that would only benefit Shabab, which killed 26 people in an attack on a Kismayo hotel last month.

“The federal government is putting more time and energy into waging war against its own member states than into fighting Al-Shabab, so of course Al-Shabab benefits,” he said.