Name-calling, violence on the rise as Jubaland polls beckon Featured 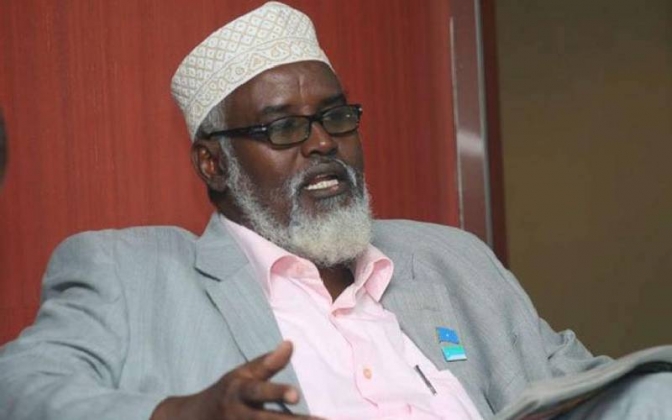 In his bid to recapture his seat, Madobe, is facing stiff opposition from some of the candidates who were his allies in the campaigns that have been marked by dirty tricks and slander.

The candidates for Jubaland State presidential elections have turned to political sabotage, character assassination, distorting of campaign slogans and negative publicity in attempts to gain a winning edge. The domestic stakes of the Jubaland election process are high, as clan factions fight over the division of resources.

The Sunday Standard has reliably learnt that sustained propaganda, fake news and violence characterise the heated campaigns ahead of the August 24 polls.

As election date nears, the incumbent president is the latest victim of negative publicity, and just last week, leaflets were circulated purporting that he had lost favour with his populous Ogaden clan and as a result they will not be backing his re-election bid.

Even more disquieting was that the leaflets and violence witnessed in the relatively calm town of Kismayu and other parts of Jubaland.

Madobe’s supporters have accused Mogadishu of sponsoring the violence as part of intimidation following the incumbent’s trend that is now worrying locals.

Political analysts have observed that some of the dirty tricks are either a creation of the contestants themselves or their financial supporters.

“They are financing contestants in order to install their favourable candidate against the wishes of the populace, so that they have influence in Jubaland to help them ward off Kenyan influence in Jubaland and the larger Somali,” Guled Omar Osman, an analyst, who is also familiar with Jubaland politics, said. “Madobe is a close ally of the Kenyan government,” he added.

Jubaland, the region in Somalia closest to the border with Kenya, has been under Madobe since 2013. The regional leader has been a key ally of Kenya in war against Al Shabaab militants and cooperated with the KDF as it captured Kismayu and other towns.

The elections have been billed on long-term goals like development, reconciliation and institution-building in the Somali federal State of Jubaland.

However, it will be also be a test for Kenya, Somalia, Ethiopia as well as Americans whose presence in Somalia has relatively increased in recent days.

Analysts argue that the recent terror attack in which atleast 26 people, including a prominent journalist and several foreigners were killed, has exposed strenuous relationships between Kismayo and Mogadishu.

This is after Somali President Mohamed Abdullahi Farmaajo was quoted in sections of the media questioning why Al Shabaab militants were targeting their own, (Somali) instead of targeting other countries.

There have been allegations that Mogadishu is opposed to re-election of the Jubaland President and could have privately sponsored several candidates from Madobe’s Ogaden clan to run against him.

Farmaajo is said to have persuaded members of his Marehan clan, which is part of the Ogaden clan, the majority in Jubaland, not to vie for the presidency and instead support “the chosen candidates”. However, local analysts have dismissed Farmaajo’s political manoeuvres, terming them inconsequential.

“He is sincere in the war against extremist group and he fully understands the operations of Al Shabaab; that is why Jubaland is enjoying relative calm unlike Mogadishu where explosions occur almost daily,” said Ahmed Osman, a local politician in Jubaland. The gulf nations have also been drawn to the election controversy that is threatening to spoil relations between Kismayu and Mogadishu.

According to Osman, Madobe -- the former leader of the Ras Kamboni Brigade that allied with the Kenya Defence Forces (KDF) to weed out the Al Shabaab militants in Kismayu in 2012 -- is a safe pair of hands for Jubaland.

“Security forces in Mogadishu work with Al-Shabaab,” he said.

In this case a perceived right hand man of President Farmajo who is also the minister for Transport and Aviation Mohamed Abdullahi Salad was disqualified from the race after the electoral body realised that he is married to a foreigner.

Madobe is touted to likely win this election because of a legacy of improved security in Kismayo.

In an interview with the Sunday Standard from his palace in Kismayu, Madobe said he was determined to ensure that Jubaland was calm and peaceful before and after the polls.

He said harmony in the region had seen refugees who had been living in Daadab troop back home.