Journalism can get you killed in Somalia, but we are not just poster children for desperation Featured 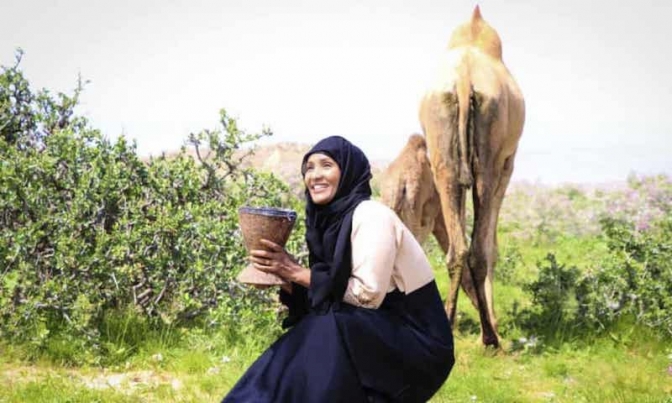 When I heard about the death of Hodan Nalayeh, I didn’t know just how much of an impact it would have on me.

Numb. The defining emotion that comes to mind every time I hear of a bomb blast or another instance of tribal conflict the east African nation of Somaliahas endured over 30 years.

The homeland where my parents were born and raised has either been at war, under the threat of extremist attacks or famine for longer than I have been alive.

I was born in Australia, the only one of four siblings, all of whom were born in the capital Mogadishu. My family, however, as most Somali families do, consistently teach their children about the language, culture and tradition they were forced to leave behind.

Where Somali and African youth face instances of racism and discrimination on an almost daily basis, often resulting in rebelling against a society that has essentially rejected them because of the colour of their skin, Somali parents continue to implore their children to return to their cultural, traditional, linguistic and religious roots. It is not an isolation tactic, but nearly all immigrants in Australia teach their children the importance of knowing where you came from.

Hodan Nalayeh, the Canadian-Somali journalist who was killed in a recent bomb blast in the city of Kismayo, wanted the same for her future children – not only an understanding of a brutal war, but to be proud of a rich history cultivated by their ancestors, and to ultimately be proud of their heritage.

“Fadlan ku soo noqo xididada dhaqanka.” This is a common phrase used by Somali mothers who beg their children to return to their traditions, a practice they believe will instil discipline and respect for Somalis that came before them, as well as becoming productive members of Australian society.

Those who chant 'send them back' support governments that made people flee the countries they never wanted to leave.

While immensely appreciative in retrospect, one grows accustomed to suffering. It is just how the cookie crumbles when trying to make sense of a devastated country, that, according to the United Nations, continues to win the ever so coveted title of the world’s most corrupt nation, year after year.

When I heard about the death of Nalayeh, I didn’t know just how much of an impact it would have on me as a journalist of over 20 years and now an academic. Media workers reporting from the developing world and conflict zones like myself are a tight-knit community. We are still reeling by her passing.

I never met Nalayeh (we do have mutual friends, however). What made this especially difficult for me was that my late father, while involved in very different professions, had a similar life trajectory – to return to their homeland with the sole aim of helping and healing their people, and in Nalayeh’s case, telling Somali stories in the process.
They both paid the ultimate price.

Nalayeh was killed along with her husband, Farid Jama Suleiman, and at least 24 others after a bomb exploded outside the Asasey Hotel.

Like my father, politics was of no interest to her. Integration TV, an online media platform she founded, aimed to showcase a different side of a nation that has been consistently the butt of every joke regarding failed states.

She wanted to show the resilience of the Somali people – if they can live through a war, they can live through the barbaric antics of al-Shabaab, a group that claims to be Muslim yet regularly kills those of the same faith. Sound familiar? That may well be because they have aligned themselves with Isis.

It is no secret that journalism can get you killed in Somalia.

Nalayeh’s death symbolises the threat journalists are to al-Shabaab. Even media workers who steer clear of politics portray a people trying to survive and move forward under a cloud of death and destruction. Nalayeh’s depiction of communities that wake up each morning knowing it may be their last sends out a message to these cowards that you may kill many, but you will never take away our traditions. This scares al-Shabaab.

My hope is that Nalayeh’s passing will not be in vain. Somali journalists will carry on her legacy; one of peace, respect and the integrity Somalia and its people deserve.
The time of her death comes amid a focus on refugees, and Somalis in particular. It is worth remembering that the “crime-infested failed state”, as Donald Trump labelled this country, didn’t occur in a vacuum.

It is also worth remembering that in an increasingly divisive world, those who chant “send them back”, or “build that wall”, support governments that made people flee the countries they never wanted to leave.

The sheer hypocrisy is astounding.

Nalayeh “went back” to show that Somali people are not the poster children for poverty and desperation, but a proud society that wants and deserves what everyone on this planet wants: a better life.