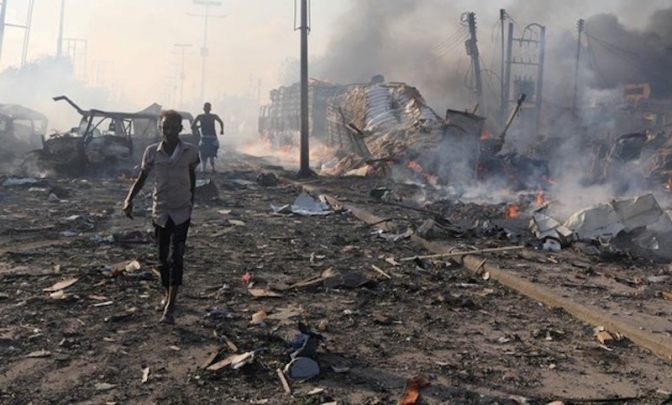 CAIRO - The Ministry of Foreign Affairs condemned Tuesday the terrorist attack that hit central Mogadishu and killed ten people and injured several, according to a statement released by the ministry.

The attack targeted a security checkpoint in front of the Somali Parliament and the main road to the airport.

The statement also highlighted Egypt’s support of the efforts to rebuild the Somali state institutions and regain security and stability across the country.

Kenyan officials also announced on Saturday that at least 10 policemen were killed when their bus collided with an improvised explosive device in the province of Wajir near the Somali border.

According to ABC American news,the policemen were clashing with a gunman who kidnapped a number of policemen.