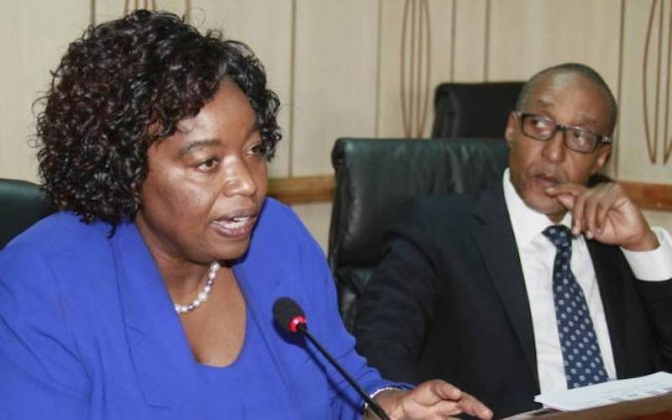 National Assembly Majority Leader Aden Duale has called for an amicable end to the ongoing diplomatic spat between Kenya and Somalia.

Mr Duale said the two countries enjoy a long-standing bond that shouldn’t be undermined by a border dispute.

Addressing journalists in Nairobi on Wednesday, the Garissa Township MP called on President Uhuru Kenyatta and his Somalia counterpart Abdullahi Farmajo to consider ‘brotherhood and neighbourhood’ in ironing out the sticky issues.

“For the last three decades, Kenya has invested in Somalia in many fronts including security and hosting of refuges. Let’s not throw the baby with the bath water,” Mr Duale said.

“A lot is at stake and we need a prompt and amicable solution. The standoff is unhealthy. We have more issues to agree on,” he noted.

The Majority Leader, who is the senior most Somali political leader in Kenya, said the matter currently before The Hague-based International Court of Justice may not be a sure solution to the maritime dispute.

The two countries and not a third party, he said, hold the key to solving the border stalemate once and for all. Mr Duale called for goodwill from the two the nations in search for a solution.

An emphatic Duale said: “I am a Kenyan Somali but I am part and parcel of the Kenya nation. No country can slice away a chunk of our country be it on land, water or sea. Somalia is our younger brother and we would like this issue resolved diplomatically.”

Kenya and Somali have been at loggerheads in a renewed conflict over maritime boundary in the Indian Ocean which has seen the two countries trade barbs.

Recently, Somalia announced its representatives would no longer attend regional meetings in Nairobi. Kenya, on the other hand, has slapped tough travel regulations on Somali nationals crossing into Kenya.

Last month, Kenyan security officials ordered aircraft coming from Somalia to pass through Wajir for checks and on Tuesday, the Kiunga border with Somalia reportedly to curb contraband trade amid claims of the emergence of a secessionist group.

According to the Kenya government, the boundary in the Indian Ocean sits parallel to the line of latitude but Somalia authorities want the boundary extend to the southeast as an extension of the land border.

The simmering dispute has ended up in the international court despite senior officials of the two countries committing themselves in 2009 to have the matter resolved under the United Nations Commission in charge of mediating border disputes.

At one point, Kenya accused Somali of auctioning its oil blocks in the Indian Ocean, a matter that saw cold relations between Nairobi and Mogadishu get to a new level.

The ICJ’s final decision on the maritime boundary row is expected next year.