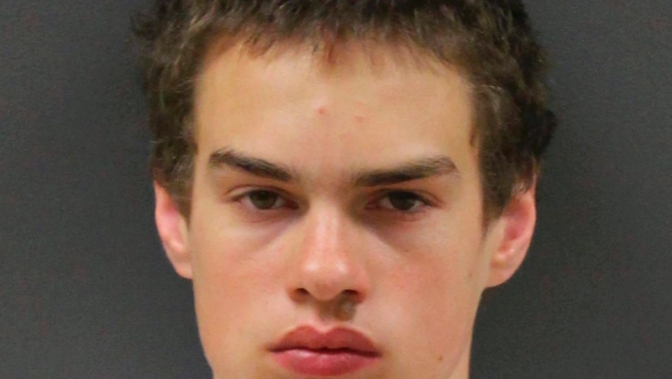 Eighteen-year-old Zachariah Manahan of Faribault, Minnesota, was charged Monday with felony stalking committed because of bias as well as misdemeanor charges of damaging property and disorderly conduct.

Faribault is about 50 miles (80 kilometers) south of Minneapolis.

The 15-year-old girl told police that Manahan had sprayed her and her siblings.

The girl also said Manahan sprayed water through an open second-floor window of her family's home. Police say a rug, a piece of furniture and the walls were drenched.

According to the complaint, Manahan told police he was trying to spray a fence, not his neighbors.