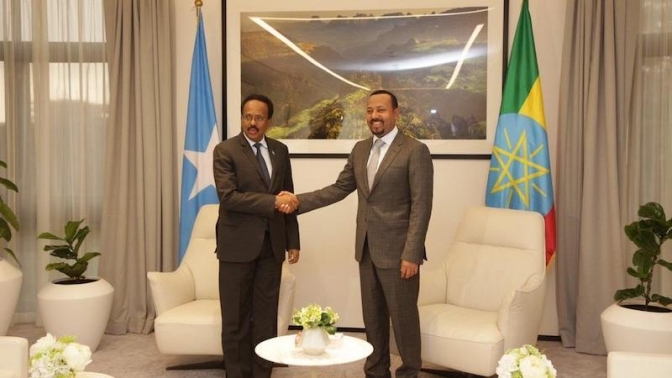 Relations between the two countries have received a greater boost in recent times with visits by both leaders to the respective capitals.

Farmaajo last visited Addis Ababa months back following which he flew with Abiy to Nairobi to mediate on a diplomatic spat between Kenya and Somalia.

He has also been to Ethiopia for a tripartite meeting between the two countries and neighbouring Eritrea. At the heart of that summit has been respect for sovereignty and better economic and social cooperation between them.

“The two leaders, including the First Lady of Somalia, planted seedlings within the compound,” a post on social media added.

The tree planting has become a regular feature of the PM’s activities within and outside the presidential palace.

Abiy last week launched what his office said was a campaign to plant four billion trees across Ethiopia. He kicked of the initiative in Adama, Oromia region and has since joined visitors to his office to plant one seedling.