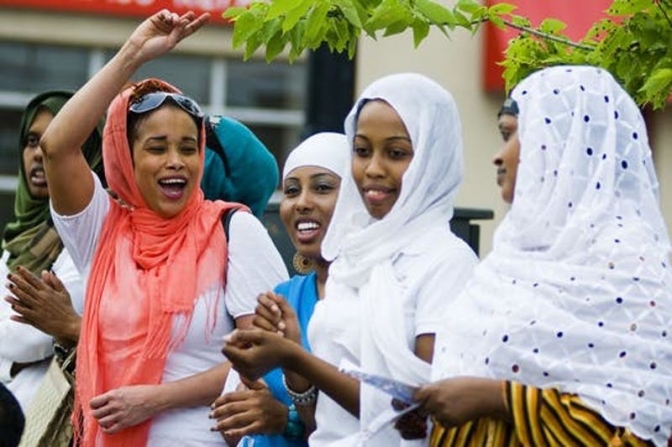 It was strange, maybe a tad scary, definitely part of the weird fabric of city life.

Last week, University of Minnesota police were summoned to the East Bank light rail station. A group of Somali teens were supposedly brandishing metal pipes and threatening passengers. After a chase, the cops nabbed seven and confiscated some pipes.

Two juveniles were arrested, one for disorderly conduct and fleeing police, the other for giving a false name.

It wasn't exactly the crime of the century. Police discovered no injuries, and the unnamed villains were of a pint-sized variety, apparently ranging in age from 12-15.

The story didn't get much play in the Twin Cities. This tends to be the case when arrests are minor and no injuries are involved. But the nation's conservative media was breathlessly aghast, painting the incident as a terrifying rampage, replete with conspiracy.

Consider it Exhibit A in the intellectual derailment of the conservative movement. If you only read the right-wing press, and you're told that anything contrary to preexisting belief most assuredly is fake, you're bound to live in quaking fear.

It all began with Minnesota's Alpha News, a site run by Republican operatives. It reported that “a mob of eight to 10 males wielding hammers descended upon bystanders.” According to an unnamed person on social media, they were “attacking anyone who looked like they had money or were white.”

As the tale rose through conservative circles, it would elevate to conspiracy: Why was this racist assault being covered up by the lamestream media?

“Can you guess why there's media silence over this gang assault in Minnesota?” yelped a headline on Townhall.

This, of course, would soon morph into blazing commentary on the dangers of immigration and the inherent evil of Muslims. After all, logic dictates that the acts of a few are always representative of millions more who may share their pigmentation or national origin.

“The creeping threat of incompatible and backwards refugees and migrants from countries ruled by toxic, radical Islam that is plaguing the entirety of Europe seems to finally be materializing in America,” gasped the Burning Platform, accompanied by a photo of an aircraft carrier aflame.

“Minnesota has the most refugees per capita in the U.S. – so is it any wonder that a mob of Somali took to the streets with hammers and pipes to terrorize a train station near a college campus?

Not to be outdone, Jihad Watch offering its conclusion: “When you insist on importing Mogadishu, you end up living there.” Its story was paired with a photo of a masked Islamic gunman.

But the best came from American Thinker, whose name tends to oversell its content. It fancies itself as a learned conservative's site, allowing Minneapolis native Thomas Lifson to blend casual racism and welfare mooching into his esteemed observation:

“My hometown of Minneapolis has been totally transformed by the arrival of tens of thousands of refugees from Somalia, one of whom now represents the city and a few suburbs in Congress.

“Nobody there was asked if such a makeover was desired by the residents. State Department officials decided that the generous welfare benefits available in Minnesota were reason enough to send people whose native land is tropical to the coldest major city in the United States.

“But now that the old 97 percent-plus caucasian city has been made into a multicultural exemplar, the local establishment, including the newspapers and broadcasters, is ultra-protective of its prized diversity-endowing Somali community. That might explain why the news of a horrific attack on people waiting for a light rail train at the University of Minnesota has been so slow to emerge.”

Yes, if you only read the right-wing media, it's easy to understand why you might fear Minneapolis as a place of imminent danger to the white and Christian. It's a land of fictitious “no-go zones,” Sharia law that doesn't actually exist, and preteen truants masquerading as a Taliban commandos.

Think of this as the cognitive version of an all-McDonald's diet. It may be readily scarfable and require no effort. But without nutrients, the mind deteriorates to sluggishness and sloth.