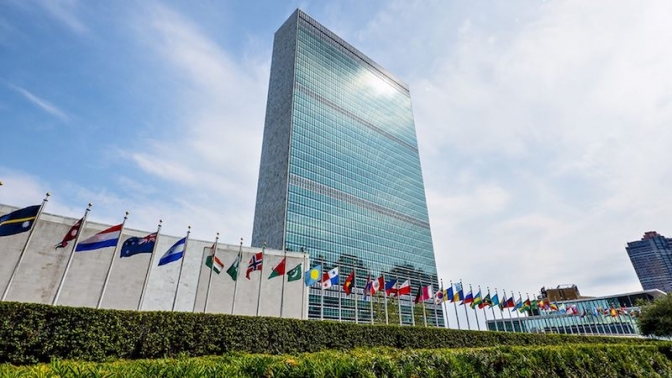 The United Nations has elected several countries with poor women’s rights records to boards charged with promoting those rights -- leading one critic to compare the decision to “asking the fox to guard the chickens.”

The Democratic Republic of the Congo (DRC), Lebanon, Nigeria and Sierra Leone were among those elected by the U.N.'s Economic and Social Council (ECOSOC) to the Executive Board of the U.N. Entity for Gender Equality and the Empowerment of Women (U.N. Women), while Somalia was among those elected to the U.N. Commission on the Status of Women.

The Executive Board governs U.N. Women’s operational activities, approves its programs and activities, and decides the budgets and financial plans of the body. The Commission on the Status of Women, meanwhile, is tasked with “the promotion of gender equality and the empowerment of women,” according to its website.

“The CSW is instrumental in promoting women’s rights, documenting the reality of women’s lives throughout the world, and shaping global standards on gender equality and the empowerment of women,” the website says.

While numerous other countries such as Germany and New Zealand were also elected to terms on these panels, the presence of nations with poor women’s rights records is likely to raise questions.

The World Economic Forum’s Global Gender Gap Report placed Congo at 144th out of 147 countries it monitored. Lebanon was 140th, Nigeria was 133rd and Sierra Leone was 114th.

“The election to U.N. women’s rights bodies of countries such as Somalia, where female genital mutilation is widespread, or the Democratic Republic of Congo, which many consider the rape capital of the world, is a betrayal of the UN’s founding principles,” Hillel Neuer, executive director of U.N. Watch, an independent monitoring group based in Switzerland, told Fox News.

“By placing regimes that are complicit with some of the worst crimes committed against women to global leadership posts on women’s equality, the U.N. is saying that they don’t really care about the rights of women,” he said. “This just sends absolutely the wrong message.”

A U.N. Women official stressed to Fox News that elections are a member states-led process with member states being elected by their peers, and that therefore the body does not comment on the countries elected to the board and commission.

"U.N. Women welcomes in inter-governmental fora all countries that are interested in discussing and promoting gender equality and the empowerment of women," the official said. "The U.N. Women Executive Board and the CSW are Member State fora where all countries have the right to contribute to a constructive discussion on gender equality."

The U.N. Women’s website itself gives some damning summaries of those countries that have been elected. It notes that “the women of Somalia bear an unequal brunt of the hardships occasioned by poverty, conflict and clan-based culture which promotes strict male hierarchy and authority.”

“Somalia has extremely high rates of maternal mortality, rape, cases of female genital mutilation, violence against women and child marriage,” the U.N. Women’s website says. “Women’s access to justice is restricted both within the formal, clan based and sharia-based judicial systems. Women face limited access to economic resources and assets. This is compounded by women’s low participation in politics and decision making spheres.”

“Violence against women and girls remains high in Somalia with displaced women and girls targeted. Somalia also has a history of violent attacks on women leaders, women who speak out against gender-based violence and the men and women who defend them,” it says.

U.N. Women reports that in the DRC, up to 52 percent of women are survivors of domestic violence, and that women have little access to decent jobs, less access to education and lower rates of literacy.

Lebanon, meanwhile, is praised for recent strides in women empowerment and for having “one of the most vibrant feminist movements in the Arab region” but the report notes a number of "legal, institutional and social hurdles to women’s full enjoyment of their rights remain in place” and the labor force participation rate for women is just 22 percent, compared with 72 percent for men.

“Countries that show contempt to the founding purposes of UN women’s rights bodies should never have been elected as their leaders,” Neuer said. “It’s asking the fox to guard the chickens.”

The elections are the latest example of countries with questionable records being elected to U.N. bodies charged with protecting rights. The Human Rights Council, from which the U.S. withdrew last year, currently includes Cuba, China, DRC, Eritrea and Saudi Arabia among its members.