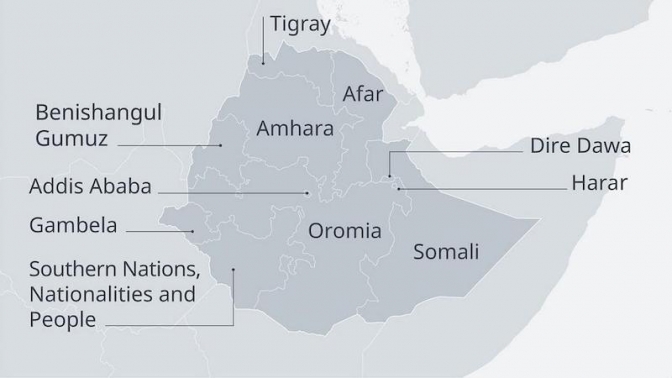 Even as federal forces were late last week deployed to contain ethnic violence in northern Ethiopia, there are reports of heated exchanges brewing between two regions in the country’s east.

The Afar and Somali regions’ ruling parties have in the last three days engaged in actions that according to security and political watchers are disturbing.

The DW Amharic news portal reported on Sunday that the Afar region ruling party had in a statement branded as: “irresponsible, full of arrogance,” a move taken late last week by the Somali regional cabinet.

The Somali region after a meeting held on May 3 in the capital Jigjiga said it had unilaterally withdrawn from a 2014 agreement with Afar region to hand over three areas.

The privately-owned Addis Standard portal quoted a statement that said the region was was bolstering “the security and the stability of border areas without crossing the Somali administrative border.”

The portal could however not ascertain whether or not security movements had been made from the Somali side into the contested areas which are: Candhayto, Candhufto & Garbo-Ciise.

According to a federal security official, who spoke with Addis Standard on conditions of anonymity, “the three towns are already in the hands of the Federal Military.

“Afar Liyu Police has been withdrawn after clashes with local Population about three months’s ago. [The Somali regional state forces] will not move into the three towns,” their report added.

But in the view of the Afar regional ruling party, the decision by Somali region ruling party will worsen the recent conflicts between Afar and Isas, a major Somali clan whose roots extend to Djibouti and Somalia.